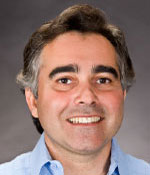 Piscataway, New Jersey, USA, January 2014: Majeed M. Hayat, Professor of Electrical and Computer Engineering at the University of New Mexico, from Albuquerque, New Mexico, USA, has been named an IEEE Fellow. He is being recognized for contributions to the modeling of impact ionization and noise in avalanche-photodiode devices. His contributions have had a profound effect on society by vastly improving the performance of a vital component in today’s optical networks: with the continual demand for more bandwidth, Hayat’s research has contributed to ensuring that the consumer demand for higher data volume and speed will continue to be met.

The IEEE Grade of Fellow is conferred by the IEEE Board of Directors upon a person with an outstanding record of accomplishments in any of the IEEE fields of interest. The total number selected in any one year cannot exceed one-tenth of one- percent of the total voting membership. IEEE Fellow is the highest grade of membership and is recognized by the technical community as a prestigious honor and an important career achievement.

Over a span of 23 years, Majeed Hayat has pioneered multiple, radically new probabilistic modeling techniques that drastically changed the understanding and utilization of the self-replicating behavior of impact ionization and carrier multiplication in avalanche photodiode (APD) photodetecors—semiconductor devices that are critical for high-speed lightwave systems and quantum communication. His contributions have and continue to enable the design of next-generation APDs to elevate their performance to higher ground. Hayat has also made contributions in thermal and spectral imaging. His work on image-processing algorithms for nonuniformity correction has been instrumental in substantially improving the performance of inexpensive uncooled infrared imagers. Hayat has published over 85 peer-reviewed journal publications (54 in IEEE journals) with over 2750 citations, and he has an H-Index of 27.

Majeed Hayat received his Bachelor of Science (summa cum laude) in Electrical Engineering from the University of the Pacific, Stockton, CA, in 1985, and received the M.S. and the Ph.D. degrees in Electrical and Computer Engineering from the University of Wisconsin-Madison in 1988 and 1992, respectively. From 2010 to 2013 he was Chair of the Topical Committee of Photodetctors, Sensors, Systems and Imaging of the IEEE Photonics Society. He was also Associate Editor of Optics Express from 2004 to 2009. Dr. Hayat is recipient of the National Science Foundation Early Faculty Career Award (1998) and he is Fellow of the Optical Society of America and SPIE. He is presently Associate Director of the Center for High Technology Materials and General Chair of the Optical Science and Engineering Program at the University of New Mexico.

The IEEE is the world’s leading professional association for advancing technology for humanity. Through its 400,000 members in 160 countries, the IEEE is a leading authority on a wide variety of areas ranging from aerospace systems, computers and telecommunications to biomedical engineering, electric power and consumer electronics.

Dedicated to the advancement of technology, the IEEE publishes 30 percent of the world’s literature in the electrical and electronics engineering and computer science fields, and has developed more than 900 active industry standards. The association also sponsors or co-sponsors nearly 400 international technical conferences each year. If you would like to learn more about IEEE or the IEEE Fellow Program, please visit www.ieee.org.
Related Link