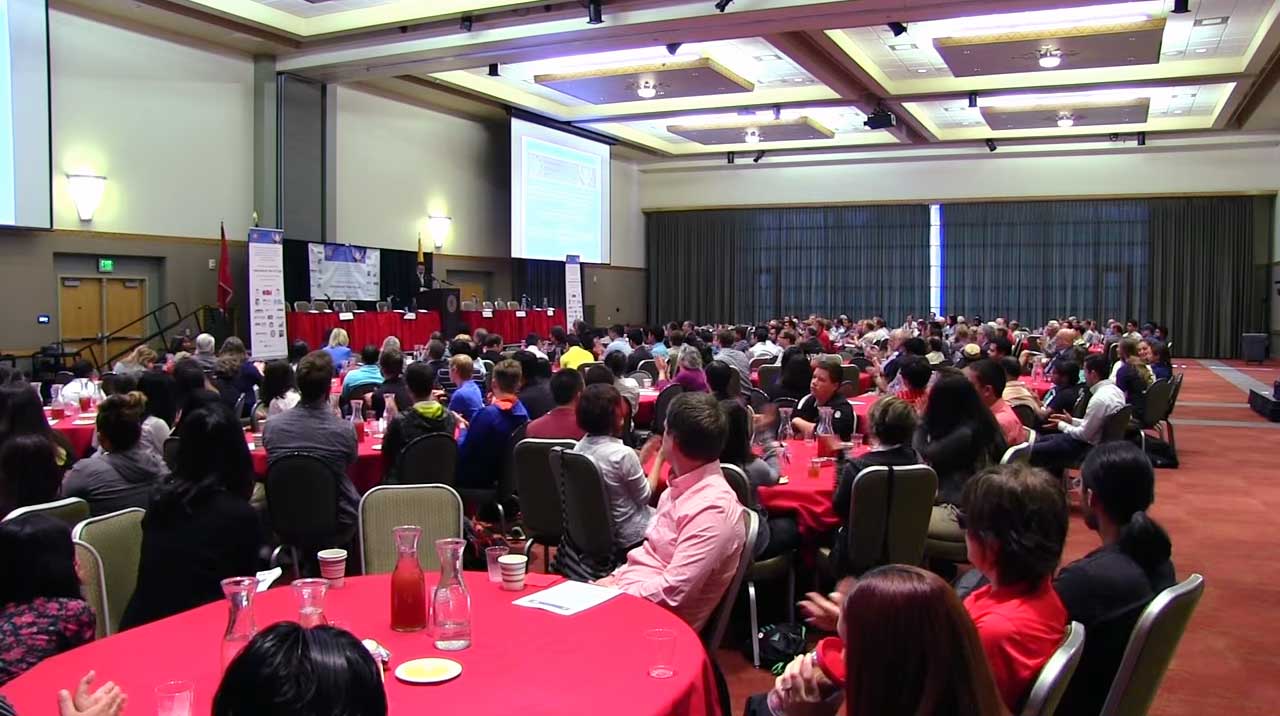 The Center for High Technology Materials (CHTM) and the Optical Science and Engineering (OSE) program at the University of New Mexico (UNM), which have been contributing to the advancement of photonics for over 30 years, sponsored a conference on optics and photonics to commemorate the International Year of Light, held on UNM's main campus in Albuquerque on September 25, 2015.

The International Year of Light and Light-based Technologies, 2015 (IYL 2015) is a United Nations observance that aims to raise awareness of the achievements of light science and its applications, and its importance to humankind. The State of New Mexico identifies photonics as one of its four top-priority science and technology areas for economic development.

About 500 people attended this greatly successful event. At the conference, a 12-member panel of academics, national laboratory scientists, private investors and state and local officials discussed the opportunities to strengthen public-private collaboration in the development and commercialization of new technologies.

"The state is now recognized as an optics and photonics leader," said Deirdre Firth, City of Albuquerque deputy director for economic development. That includes breakthroughs in everything from superfast laser communications and defense systems to light-based medical diagnostics and treatment.

Sanjay Krishna, Director of CHTM, said New Mexico should create a public-private center for applied photonics. “New Mexico remains a center of excellence in photonics, and UNM has a long history of accomplishments in this area,” said Earl Fuller, CHTM's Strategic Support Manager. “We want to continue building collaboration and partnerships with the national laboratories, universities and industry to create a Southwest regional hub.”

The Albuquerque Journal covered the event:
New Mexico can be a Global Leader in Photonics
Immense Potential of Emerging Optics and Photonics Technologies on Display at Conference